To push a patch to comm-central, you'll need Level 3 Commit Access. You can learn more about Mozilla's commit access policies and start the process of signing up for an account here: Becoming a Mozilla Contributor​

Adding the live server to your Mercurial configuration

You'll need to add the address to your Mercurial configuration file at path/to/comm-central/.hg/hgrc:

In this example we used the label live-cc but you can use whatever you like. Using the standard label default-push is not recommended – having to type the name of the repository helps prevent mistakes.

Is the tree open? Check TreeHerder – the name of the tree in the top-left corner shows you the status of the tree. Usually it's "open" (a green circle is displayed), which means you can push. Other statuses are "approval required" (yellow padlock) and "closed" (red X) which mean you can't push without permission, and in fact the server will prevent you from doing so.

Is it a good time to push? The best time to push is shortly after Mozilla updates the Firefox live server. Since Thunderbird builds on top of Firefox, pushing to live then will ensure that the build will get the latest changes.

Mozilla usually updates the Firefox Live Server around 0400, 1000, 1600, and 2200 UTC on weekdays and 1000 and 2200 UTC on weekends (give or take an hour). If one of these times is approaching, it's probably not a good time to push. You can check mozilla-central on TreeHerder to see when they last pushed.

Coordinate with others in the #maildev Matrix chat room as they may already be planning to push. A Firefox push is usually followed by an assigned person landing something to check the build is not broken.

Is there a build in progress already? If there is, please wait until you're reasonably sure the first build is not broken. In most cases this means that the Linux and OS X builds (B) are complete and tests (bct, X) are starting to turn green (free from major failures).

Is the tree green? If it isn't, do not push. Pushing something on top of an already broken build wastes resources (both computing and human).

Pushing to comm-central will create builds using the most recent mozilla-central code, which may or may not be a good idea at the time. Generally it's okay, but there may be unresolved problems between the two repositories. If you strike a problem, ask for help in the #maildev Matrix chat room.

Having gained level 3 access and configured Mercurial, you can push to comm-central. In general, it's just a matter of applying your patch(es) and running hg push, but let's not do that right now as a series of important checks need to happen before.

You should not push without having complete a successful push and build to the Try Server.

These are a series of recommended steps to always go through before pushing to Live to ensure you're pushing only what you need.

Take a look at the TreeHerder to see your push show up at the top of the list.

Adding some magic words to the commit message of the tip-most revision will cause the build system to do different things. Getting it wrong or making a typo will not get the desired result.

To land a patch you didn't write, e.g. from Bugzilla, you'll need to import it into Mercurial: hg import -e https://bugzilla.mozilla.org/attachment.cgi?id=0000000

Use the -e flag as above, or hg commit --amend to edit the commit message as necessary.

Use hg commit --amend or hg histedit to adjust commit messages as necessary.

Our Phabricator installation has a system for automatically landing patches: Lando. To use it click "View stack in Lando" and follow the instructions. A few minutes may pass before an actual landing attempt happens. If it fails (usually because the patches do not apply cleanly) you'll be notified by email and will have to find a solution.

To land several patches together, create a "stack" of patches by using the "Edit related revisions…" and section in Phabricator. This can get messy so plan in advance. Check the current stack of any revision in the "Revision Contents" section of Phabricator.

If you worded your commit message correctly, a bot will post a message in your bug with a link to the changes you made, and close the bug. To prevent the bot from closing a bug, add the leave-open keyword to the bug before landing. The bot will automatically remove the checkin-needed-tb flag if it is set.

At this point you should set the Target Milestone field in the bug to the current version, which is generally, but not always, the last option for that field.

Landing a patch on beta or ESR

You do not need to land patches on beta or ESR. We have authorised people to do that for you.

Request approval on Bugzilla in the same way you request review, using the approval-comm-beta and approval-comm-esrXX flags. Filling out the request form is not required. At an appropriate point approval will be granted (or denied!) and your patch will be landed for you.

Uplifting patches to earlier versions is for fixes to major bugs, and regressions that break the user interface. It should not be used as a shortcut to get new features to users earlier (some exceptions apply). The release channels ensure that changes are exposed to a test audience for a period of time before being shipped to all users.

Previous
Try Server
Next
Care and Feeding of the Tree 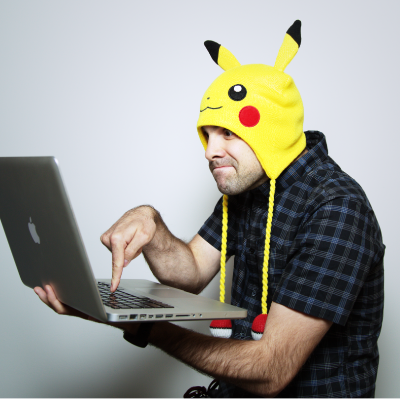