Tutorial on how to activate and use Mercurial Queues.

Mercurial Queues is the primary method used by many Thunderbird developers to create patches and work on multiple bugs without stumbling upon merge conflicts.

You can accidentally destroy work with MQ. MQ puts you in a position where you're doing fairly complicated stuff to your uncommitted work. Certain operations make it easy to lose work. Watch your step.

For instance, unless you're running the mqext, hg qrefresh is destructive. It replaces your previous version of the current patch with what's in your working directory. The previous version is lost.

Other things to keep in mind:

To enable MQ, put this in your Mecurial.ini file for Windows or the $HOME/.hgrc file for Linux and macOS:

Don't forget the git line. This allows changing binary files in your patches. The unified line give 8 lines patch.

Each repository has its own queue of patches managed by MQ. They're just stored as files in the .hg/patches directory under the repository.

The commit message is optional and you can add it at a later time with a qrefresh.

Whenever you change something in your code, you need to trigger the hg qrefresh command in order to update your current patch with the latest changes. Do a hg diff before you issue hg qefresh to see which changes will be added to your patch. If you use multiple patches (see section below), it may be a good idea to do a hg qseries to make sure the right patch is on top. Otherwise the changes will be added to the wrong patch.

It's always good practice to check if the current changes have been properly saved in your patch by using the command hg qdiff. All the diffs will be listed in your terminal.

Note that both hg diff and hg qdiff take a -w argument to ignore white-space in case you reindented blocks and it's hard to see the net changes.

If you're working on a patch and you need to pull the updates from upstream, you need to "disconnect" your patches in order to prevent merge conflicts. Here's a standard workflow you should follow:

Merge conflicts can happen when reapplying your patches after pulling updates from upstream. Simply fix the merging issues and qrefresh your patches.

MQ allows you to work on multiple patches at once and keeping the code separate. No matter how many patches you have applied in your queue, the qrefresh command will only update the code to the patch at the top of you series.

Use the hg qseries command to visualize a list of currently applied patches and their order.

Sometimes the queue ends up not being in the order you want. For example, maybe you've been working on two patches, and the second one (the topmost one in your queue) is ready to be pushed before the first one is.

If you have Mercurial 1.6 or newer, the best way to reorder your queue is hg qpush --move. For example:

With older Mercurial versions, you can do this:

Reordering patches that touch the same file can cause conflicts when you push! If this happens, hg qpush will tell you, and it will leave .rej files in your working directory. To avoid losing work, you must manually apply these rejected changes, then hg qrefresh.

Import a Patch into your Queue

With MQ you can import a patch into your queue, e.g. from Bugzilla. It is unapplied by default and the filename is used as the patch-name. You can directly import a Bugzilla patch by using the Bugzilla attachment URL as the argument. In that case you may also want to use -n patch-name to specify the patch name.

If you have the qimportbz extension installed, you can also import by specifying a bug number:

Here's a quick overview of a standard workflow you will be using with MQ.

Note that hg export qtip > ~/bug-123456-fix.patch is not necessary since all the patches reside in the .hg/patches directory in your repository.

If you got yourself into Trouble

If you think that something has gone wrong, do this:

First check your patch queue: hg qseries. If that looks right, do a hg diff to see the latest changes which aren't in your patch yet. You can either add them to the patch using hg qrefresh or remove them with hg revert --all. Your best friend is the hg out command, it shows all the changesets you have locally which aren't pushed to the repository yet. If for some reason you committed a patch to push it (using hg qfinish), an action that only the sheriff does, or accidentally used hg import instead of hg qimport, hg out will show changes that are not controlled by patches in a MQ. In this case you can strip all changeset hg out shows using hg strip -r with the lowest revision shown. After that, do hg update -C default.

Commands mentioned so far can be abbreviated, so hg qser, hg qref, etc.

Of course you can delete patches from your queue using hg qdelete or rename them with hg qrename. If you decide to combine patches, there is hg qfold, that will merge the first unapplied patch into the patch at the tip of your apply queue. Use with care since the merged patch will be removed and the applied patch will be irreversibly changed.

Even if you're not the sheriff, it's sometimes handy to be able to backout one or more changesets. Use:

There is also limited integration with Phabricator with hg phabread. That needs a special setup. Ask the resident Thunderbird sheriff for details or read here (but there's more to it). 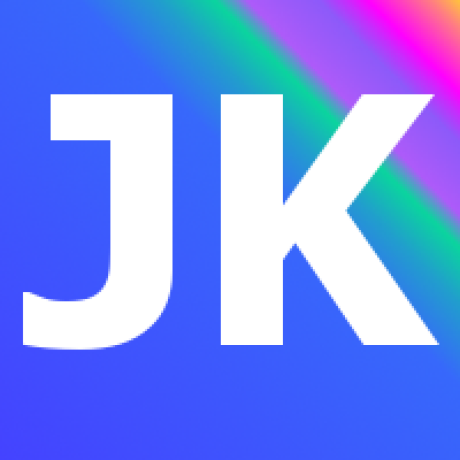 Last updated 6 months ago
Edit on GitHub
Export as PDF
Contents
Before you Start!
Activate the Queues Extension
Create a new Patch
Refresh the Code
Pop and Push
Managing multiple Patches
Reordering the Patches
Import a Patch into your Queue
Workflow Overview
If you got yourself into Trouble
Advanced Usage